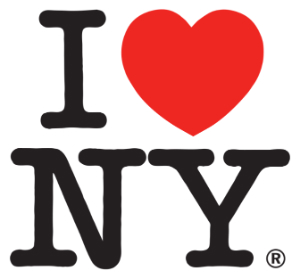 My hair required the full 30-block walk to air-dry into a limp shag. I had fresh bug bites trailing up my arms and I was wearing flats. It was Halloween morning and my first day on the job in my office at 44th St. and Madison Ave.

Hurricane Sandy had made landfall in New York three days earlier and mere hours after I hopped off my bus with a single suitcase from Virginia. My apartment wasn’t ready yet, so I had to stay in a Greenwich Village hotel. By hotel, I mean hostel, as my room was the size of a galley kitchen and I had to share a bathroom at the end of the hall with the other guests.

As the storm rolled in Sunday night, I sat alone watching Mayor Bloomberg on TV as he warned of impending mayhem. And then he repeated himself in Spanish. I was impressed.

Occasionally, I would measure the storm’s severity against the state of a single tree planted on the rooftop of a nearby a high-rise building. As the sky darkened around the potted sapling, it would continue to bow back and forth with growing effort. This is the last image I saw before everything went black.

The transformer supplying power to lower Manhattan caught fire, shutting down the electric grid south of 34th Street and left half the city without power for two weeks. Later, aerial images of the city reflected a brightly lit and barely touched Upper Manhattan, while its lower half was barely visible. It kind of looked like a black and white finger-shaped cookie.

There would be no charging my phone, no hot showers, no hair drying, no warm food, no TV. I was effectively camping in the greatest city in the world and paying hundreds of dollars for the pleasure. I had 40 blocks to trounce in order to plug my phone into the outlet behind the cash register at a deli. I cried.

Goodness, New York will beat you down until you’re humbled beyond even what you think you deserve.

A born and bred Virginian and a native Loudouner, I’ve been told my entire life that I belong in New York. I’m no longer clear on what this says about me. My first job was as a newspaper journalist for the publisher of this magazine. When I left after five years, I left my mark as a glowingly successful magazine editor with a critical eye and a talent admired by young girls near and far.

New York saw me coming and laughed in my face to the tune of Sandy’s strong winds. I’m not the shit, this much I now know to be true.

Sandy launched a long and relentless initiation into the ebbs and flows of this city. The good news is I’m less offended now. I no longer notice when a simple request isn’t cushioned between a “please” and “thank you.” There’s no time for filler words when we’re all existing in varying degrees of survival mode. Just get it done.

I never knew the meaning of a deadline before New York. My new title is “digital content director,” which essentially means I’m still a writer even after having sold my journalism soul to the marketing devil. Such as it is, I now produce more content in one week than I could have ever churned in one month in Virginia.

My ambition hasn’t changed; but my expectations of myself and others has reached such a high level because I now exist in a culture of healthy competition and collaboration. Not only do I want to sharpen myself against my coworkers, but I don’t want to let them down. It’s a daily game of better, faster, stronger. Sometimes I win, oftentimes I lose.

A Mid-Westener shared this with me. Here in New York, we from the South, Midwest and, well, basically, anyone who was born outside the borders of the tri-state area — we are different.

The fact of the matter is, New Yorkers don’t have time for pleasantries and some people don’t appreciate that. Smiles are sparse on the streets as a means of self-preservation. The rule is: Do not engage.

They’re not rude; they’re just not opening themselves up to the crazies. I no longer feel guilty for not asking “How are you, today?” to the my coffee guy. On the other hand, Southern hospitality really gives me an edge. When I need something from a coworker, I still lead with “How was your weekend?” or “What’d you get into last night?”

It still gives me pleasure to see them lean back, their body physically shift into a more comfortable position to engage in a chitchat session– like I’m winning at making people softer one day at a time. A manager made a point to commend me for planning a happy hour for a coworker’s birthday. Is that all it takes to move up the ranks here? Am I working late for no reason when I could just bring in some snickerdoodles instead?

A man once stopped me in the office lobby.

“I’ve never seen anyone smile to themselves before,” he said.

There’s a saying that you’re always in search of three things in the city, “A better job, a better apartment and a better boyfriend.”

Gone are the days when a person will spend his or her whole career advancing through one company. It may be generational, but a New York employee is considered to be loyal if they stay with a single company for longer than six months. 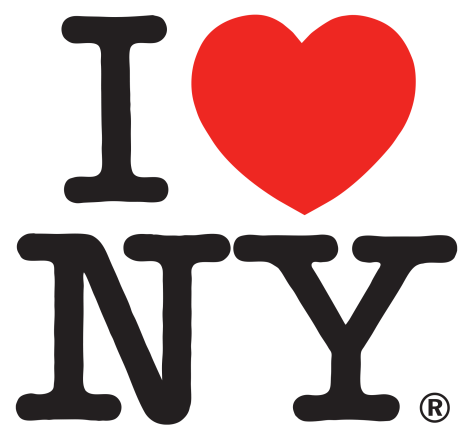 I only know a handful of people who are happy in their current role. Sure, this is a symptom of “the grass is greener” syndrome, but in New York there’s also the knowledge that there are thousands upon thousands of other jobs out there waiting on the other side. There’s always the next step. There’s always a new opportunity. I’m not sure what this says about the state of our happiness or contentment, but I know the feeling is mutual because companies here don’t reward loyalty. If you’re underperforming, you’re gone. It’s as simple as that.

There will always be better writers. People work way harder than me and they’re much more creative and have better grammar skills. They write without curse words.

I ask myself the almost-daily question as to why the hell I’m here. I don’t really know, other than that New York is all the while accepting of my shortcomings. Knowing that there will always be someone better than me means that I have nothing to lose.

It also means I really have no other choice than to put my fingers to the keyboard everyday. New York allows the room for me to believe that any storm can be faced if I show the ability to bow back and forth and not break.